Dentons: "We need to create a culture that works for everyone"

Amanda Jones is a partner at Dentons who took on the newly created role of Global Women’s Advancement Director in October 2018. The role arose out of the firm’s focus on addressing the under-representation of women at senior levels as a business critical issue.

Amanda is now responsible for the advancement of women within the firm across the globe. She has been a partner at Dentons and in a predecessor firm since 2000 so she has seen the development of the sector for a long time. Her own experiences have been largely positive.

“I didn’t take the traditional route, as I worked before studying law and qualified at 29. I don’t feel I’ve ever been disadvantaged by being a woman, although I’ve obviously experienced micro-aggressions.”

Despite her experiences being positive, she has concerns that progress in the legal profession has ground to a halt recently.

“For the last 10–15 years the number of female law graduates has continued to increase, but that hasn’t been reflected in the number of women getting into partnership – and the senior levels of partnership at that – in sufficient numbers. Things have not improved over the last couple of years. In the last 5–10 years, yes, but recently they’ve got a bit stuck.”

Like lawyers in some other countries, she isn’t concerned about recruitment, as that isn’t a problem – there are large numbers of female law students and they are getting jobs at a junior level. As she says, “it’s retention and advancement that are more the issues. Increasing numbers of women are going in-house or leaving the profession altogether due to a desire for a work-life balance or a different workplace culture.”

On top of the desire for a more balanced life, she is of the view that the “work women do is often undervalued and there are unconscious biases in the legal profession, as the focus has traditionally been on who can make the most money without a proper consideration of wider contribution. Further, the legal profession was set up based on traditional workplace structures and family constructs where men were typically the primary breadwinners with stay-at-home spouses. We need to change career paths that are outdated and move to more flexible working. In today’s society, this is something that both women and men crave. It’s not a women’s problem, it’s a legal profession’s problem.” She thinks that a lot of the work women do within law firms can be overlooked as it’s not fee earning – things like backroom activities, mentoring, and setting up committees are all important and all contribute hugely to the profitability of a firm, but they aren’t billable and so they often aren’t seen as valuable.

One way in which she sees law firms being forced to take notice of the issue is if they put a line in their accounting practices to take account of attrition, what she calls “regrettable losses” and the cost to the law firm of losing this talent. “It’s not measured. There’s also the cost of paying recruitment agencies to find replacements for talent that has left and then the time of the new hires coming up to speed. This is a business issue and should be taken seriously on that basis.”

As well as framing the issue in terms of cold, hard cash, Amanda thinks that it is time for serious measurable action.

“You have to set targets. General aspirations haven’t worked. You have to try to think differently. Also you have to redefine what merit means in a law firm.”

Like many other lawyers, she has come to question the billable hours model and the idea that the worth of a lawyer to a firm is defined by their billing figures.

She mentioned that some Dentons regions already have diversity targets. The firm is also using mentoring and sponsorship schemes to advance women’s careers and seeking to take a more holistic approach to compensation. Dentons has also been rolling out a workplace culture survey with follow-up workshops to demonstrate its commitment to implement real change which is driven by those working in the firm.

As well as framing the issue in terms of direct cost through loss of talent, she thinks it is a business issue in another way, in that clients expect action on diversity and don’t like it if they perceive a lack of action. She points to the recent letters from general counsel in both the US and Europe and other parts of the world demanding greater diversity among their legal teams.

She points out that not only will clients not initially instruct a firm if they perceive its diversity action negatively, but that “they want to know who gets the credit for the work done. They are now asking questions about this. They are demanding hard data to make sure the way the law firm operates is consistent with the client’s own approach and strategy. This is client driven. More demands are being made of international firms, perhaps in some ways driven by the US.”

She doesn’t buy the idea that some areas are male fields and some are more female. Although in the UK in some fields – such as employment – the majority of lawyers in the team are women and in others – such as corporate – men are the majority, in some Asian offices of Dentons the reverse is true. “It’s not about the field but the team and the environment. It’s more about the firm and the culture within the firm and the team.”

She uses an example of which she is fond to illustrate the effect a change of culture in a team can have upon its diversity. Several years ago there was a dip in the property market, and the property team in her previous firm contracted. When the market picked up again they didn’t have enough property lawyers, and took people on terms which they might not have done before – in particular on a part-time basis. There are, as a result, now more women on that team and this has driven a change of culture within that team that makes it more open to women in general. Her conclusion is this: “It’s the standards in law firms that need to be changed rather than trying to remould women. We need to create a culture that works for everyone.” 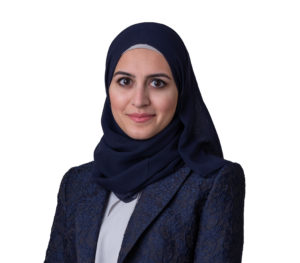 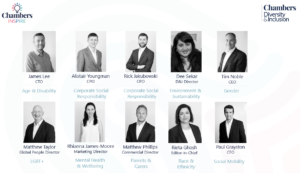 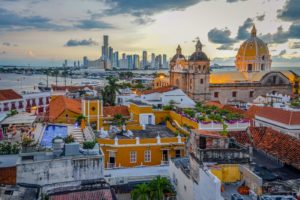 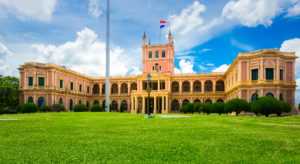 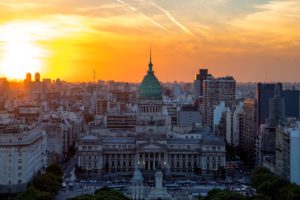