The Growing Awareness of Disability

From the need to filter out bias in AI data sets to the importance of revising outdated assumptions about value and talent, we discuss the progress being made for lawyers with disabilities with Reed Smith’s Vaibhav Adlakha and Antonio Di Angelo.

IT feels that the issues around disability have not received much attention until recently. Within the legal industry, it has historically been difficult for law students with disabilities to progress. One person who found entry into the profession especially difficult was Vaibhav Adlakha, now an associate at Reed Smith. Before securing a position at the firm, Vaibhav had tried for a decade to get a training contract without success. He says that firms need to think more widely about what bringing value to a firm means – it isn’t just about billable hours, but about “building skills and making a contribution too.” He thinks that much of the recent improved access to the profession for lawyers with disabilities has been driven by client demand to see that changed social values are reflected. One major turning point, in his view, was the 2012 London Olympics.

He is clear that compatibility between the firm and the individual is important. “You should try to work at a firm that is interested in building you into the person you can be and want to be, rather than the person that fits a particular mould within the firm, otherwise people with disabilities will continue to struggle to find a place,” he says. He also encourages budding lawyers with disabilities to recognise their value and engage with firms that match their ambitions, serving as a medium to achieve them. This will help to carve out areas where people with disabilities can thrive. For instance, during his training contract, Vaibhav did a seat in an especially fast moving transactional department, where it became clear to him that the speed necessary for some transactional work may not be suitable to someone who can require extra time to complete tasks. Partners in the firm worked with him and with HR to create a role where he could act as an advisory and a professional support lawyer. As a result, Vaibhav subsequently carved out a niche as a qualified lawyer in the financial regulation and competition teams as well as knowledge management.

“You should try to work at a firm that is interested in building you into the person you can be and want to be, rather than the person that fits a particular mould within the firm, otherwise people with disabilities will continue to struggle to find a place.”

Vaibhav feels that this effort to find a way in which he could progress and grow in his role is indicative of an evolving cultural shift. He also reveals that Reed Smith is in the process of drafting a charter that commits to 10% of its trainee pool consisting of people with disabilities, whether that relates to physical or mental conditions. While Vaibhav is enthused by the shift he has witnessed, he emphasises that his experience has not all been plain sailing. Alongside his difficulty securing a training contract and navigating the time-pressed demands and expectations that are synonymous with the legal profession, he also speaks of his initial concerns over how he would be perceived by his colleagues. However, these concerns faded quickly as his peers began to see the contribution he makes and continues to do so.

He believes that much work still needs to be done, not only in terms of bringing people with disabilities into the industry, but also in terms of allowing them to flourish within the profession itself. In his view, entering the legal industry is only the beginning of one’s professional journey.

The lesson to be drawn from Vaibhav’s experience is that lawyers with disabilities can succeed, but to do so the legal industry must recognise their true potential. Candidates with disabilities provide legal employers with opportunities to evolve and adapt, thinking beyond the traditional parameters of a legal career. With Vaibhav’s long journey to the profession in mind, it is troubling to consider those out there who have been in similar circumstances and may have given up on a legal career – the absence of their skills and talent is a real loss to the profession.

It’s not just attitudes and workplace cultures that need to continue to evolve to be more inclusive of lawyers with disabilities. Hiring processes, and the methods behind them, also need to be considered. For example, in recent years, the use of AI in recruitment has become widespread. Antonio Di Angelo is a current trainee at Reed Smith and a committee member of the Lawyers with Disabilities Division (LDD) of the Law Society; he has an interest in lawtech and is especially keen to ensure that the advances made around disability issues aren’t undermined by the algorithms used by the AI firms who aid with recruitment.

“Machines don’t have unconscious bias training. At the same time, I don’t see AI as the dystopia that some fear!”

In particular, he is working to ensure that the datasets, data models and ML (machine learning) metrics of these algorithms are free from bias, compliant with human rights and produce no unintended discriminatory outcomes. Datasets used by AI recruitment algorithms are often garnered from the characteristics of several years’ worth of previous successful applicants where the median/mode/archetypal successful candidate does not have a disability. He is helping to “debug” these datasets of their unconscious bias against applicants with disabilities and strengthen the oversight of AI systems and metrics. As he says: “Lawtech will have a massive impact on everyday life for lawyers and the legal profession but it’s about how we navigate the dangers as we see them. Machines don’t have unconscious bias training. At the same time, I don’t see AI as the dystopia that some fear!”

On a broader scale, Antonio highlights how the application of technology to the legal industry is also helping lawyers with disabilities. Examples he cites include ML contract automation tools

(which generate outline contracts instantly, so clauses can be added or excluded rapidly). The ML contract tool learns through each interaction between lawyer and document and can flag up elements missed or suggest additional modifications. In addition, AI contract review tools can sift through 150-page contracts within minutes, therefore making the whole contract generation and review process much easier.

Blockchain, DLT (Distributed Ledger Technology) and the use of ‘smart contracts’ are also having a transformative effect, Antonio tells us. They are currently being used in conveyancing, shipping, trade finance, compliance and syndicated loan transactions and are also being trialled in several other areas (including IP, dispute resolution and commercial litigation). Speaking of the shipping sector specifically, Antonio notes how the digital generation of bills of lading (a detailed list of a ship’s cargo), as well as the digital signing of sales and purchase agreements and updates to smart contracts are streamlining legal processes.

This technology may have been implemented to serve the broader needs of an evolving legal industry (Antonio explains how blockchain tech is bringing the benefits of increased transparency and tracking, as well as historical data immutability), but, he reports, it is also having the effect of making the industry more inclusive for lawyers with disabilities – by, for example, removing the need to physically be at a location to sign documents and by making legal processes more accessible.

With this in mind, Antonio is generally optimistic about the future and hopes that as more lawyers with disabilities progress others will be encouraged to follow. He praises the support of champions and allies and underlines their ongoing importance (“they will still be key”) but is also pleased to see the growing emergence of internal firm committees for lawyers with disabilities. He also notes the rise of open days for students with disabilities and their positive impact: he feels that initiatives like this will go some way to help people feel more confident that the culture of the firm they are considering joining will be inclusive.

In many ways, disability issues have been the Cinderella of the D&I world. This is starting to change, but in order to sustain the momentum there are some key areas that the industry must continue to focus on. Law firms and other legal services providers need to continue what they are doing in relation to unconscious bias training, but they also need to continue working with applicants/lawyers with disabilities in order to meet their needs and make use of the talent they have to offer. Tackling the potential bias ingrained within the data sets being entered into AI recruitment systems is another must, but – as with every area of diversity – ongoing attention must also be paid to the retention and progression of lawyers with disabilities. 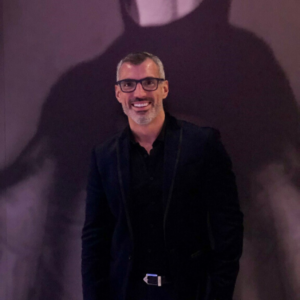